The King of Country Music was joined by Ray Benson, Asleep at the Wheel, Dean Dillion, Jamey Johnson and others. Former professional golfer and television personality David Feherty motivated the crowd during the auction by offering his very last “CBS” jacket, before he moves to NBC in 2016.

“Yes, last year was my last and final tour,” Strait acknowledged. “But that doesn’t mean I will not be working. In fact, we recently announced some dates in 2016 and 2017 for a series of shows in Las Vegas and I my new album, Cold Beer Conversation, is out and doing well.”

When asked if he missed touring, Strait promptly grinned and answered, “No, but I enjoy this” pointing to the venue. He was in a playful mood reminding the crowd of bidders that some of the exotic vacations and trips to places like Cabo San Lucas and Argentina “even come with a hot tub.”

Strait raved his musical guests who appeared on stage together, with Dillon, “who wrote many of my songs, including one of my most favorites I enjoy performing, ‘The Chair,’ and “Jamey Johnson wrote two of the songs on this latest album.”

“I am especially thankful to Ray Benson and Asleep at the Wheel, with Eddie Rivers, Katie Holmes and the others because they took time from their busy schedule to make their way down here (to Boerne), as they have done before, to support these soldiers,” Strait affirmed. “They are talented and I especially enjoy when they improvise up there with Ray on the guitar. They’re a tight band and we are grateful for their appearance.”

Strait and Benson packed the stage with wounded warriors in an emotional and patriotic interlude prior to the auction. Cowboys, cowgirls, soldiers, entertainers, and fans removed their hats and placed their hands over their hearts as Benson led the ballroom in a devoted version of “America, the Beautiful.” The room raised their shot glasses and drinks with a respectful toast to all United States military and patriotic Americans.

“The least we can do is support these brave men and women who fight for us and we are all humbled and grateful for their service,” Strait added.

Strait, who has 60 No. 1 singles and nearly 70 million records sold, is the most-nominated artist in CMA Awards history and was the first country music artist honored with Billboard’s “Legend Of Live” Award. His last show, which took place at AT&T Stadium on June 7, 2014, shattered the North American attendance record for an indoor concert with 104,793 ticket-holders. 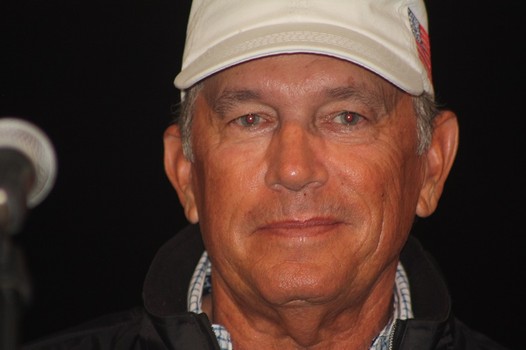